Astronomers track a neutrino to its source for the first time; the physics of the perfect S’more; and how a dead fish could swim upstream are among this week’s physics highlights.

For the First Time, Astronomers Detected a ‘Ghost Particle’ and Tracked It to Its Source. The IceCube Neutrino Observatory, along with over a dozen other institutions, shed light on the high-energy universe with multi-messenger astronomy. Related: The Solar Neutrino Problem — Science’s Original Neutrino Mystery.   Also: How A Failed Nuclear Experiment Accidentally Gave Birth To Neutrino Astronomy. Before there were gravitational waves, multi-messenger astronomy got its start with the neutrino.  See also my 2015 Gizmodo article on these mysterious particles when neutrino-related research won yet another Nobel Prize.

The Scientific Quest for the Perfect S’more: “The relevant bits of physics here are specific heat and latent heat of melting. “Specific heat” is a measure of how much energy it takes to raise the temperature of a given material by a certain amount, usually a degree Celsius or Kelvin. “Latent heat of melting” is a measure of how much energy is required to change the state of a material from solid to liquid, which I wanted the marshmallow to do to the chocolate. Knowing those measurements, I could use standard physics equations to determine how hot a marshmallow needs to be to create the perfect s’more.”

How Does a Dead Fish Swim Upstream? “A team of researchers from MIT and Harvard were equally surprised when they happened upon this phenomenon by accident. They’d been studying the way live trout conserve energy by swimming behind obstacles that block the current, and unintentionally placed a dead fish in the experimental setup. ”

The complex physics behind bending it like a World Cup player: Fluid dynamics experts weigh in on how Ronaldo and Pavard score seemingly impossible goals.

Could the Physics of Free Throws Have Won the Cavs the Finals?  Related: Statistically, The Golden State Warriors Are Better Than Space Jams’s Monstars.

Big Bangs and Squibs: A Physicist Turns Pyrotechnician for the Day. “It took about 20 hours to set up our 18 minute, unchoreographed, show.”

A Closer Look at Cosmic Dust: Simulations provide a detailed picture of the emission of dust grains in our Galaxy, which is known to interfere with measurements of the cosmic microwave background.

“If you’ve drizzled viscous liquids like honey or syrup, you’ve no doubt witnessed their ability to coil. Combine that coiling with a moving platform and you form a system known as the fluid dynamical sewing machine”

Theodore Corcovilosa of Duquesne University has developed a simple dice game that gives players an intuitive understanding of quantum systems after just a few rounds of play.

Quantum computing could put a stop to traffic jams. “Traffic optimization using quantum computers, while still unproven (and may not offer more than a quadratic improvement) is the type of problem popular to speculate about,” [Marco] Pistoia says. For example, instead of having to travel down each traffic route one by one, quantum algorithms could take advantage of the qubits’ computational properties to determine the best route.

This invisible cloak controls how galaxies live and die. “Galaxies are just like you and me,” says Jessica Werk. “They live their lives in a constant state of turmoil.”

Could gravitational waves reveal how fast our universe is expanding?  Related: How Will Our Species Survive in an Ever-Expanding Universe? A hyper-advanced civilization might raid other galaxies for stars to keep the Milky Way glowing for trillions of years.

New technology is literally shedding light on some of the smallest particles to detect their presence – and it’s made from tiny glass bubbles.

Human mobility and innovation spreading in ancient times: a stochastic agent-based simulation approach, an “agent-based model for the spreading of innovations in the ancient world that is governed by human movements.” 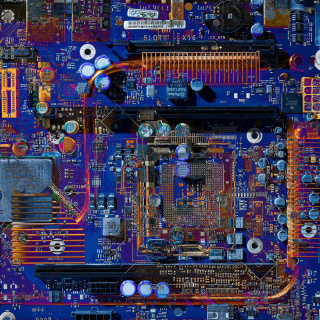 What Minecraft Can Teach You About Neutron Stars: A bag of holding would involve extreme physics in interesting ways.

How physics makes your brain light up: fMRIs reveal that physics causes activity in some surprising areas of the brain.

It Took 600 Years to Figure Out This Mysterious, Exploding Ancient Star.  Korean royal astrologers saw a new star appear in the sky in 1437 AD, and it took 600 years for astronomers to find what they had seen, and explain why it appeared that night.

See how this team of underwater archeologists, treasure hunters, and marine surveyors use technology to hunt for shipwrecks mapped out from space by a former NASA astronaut, Gordon Cooper.

Why It’s So Hard to Surprise a Mathematician. “You can absorb all of these cases (and more) under the same heuristic, the same loose but powerful understanding: that as a group grows in size, the number of pairs within the group scales very fast.”

When an impactor slams into a celestial body, rays radiate from the crater. How/why had been a mystery–one that recent findings mayve solved. The key? Youtube vids of kids tossing rocks into piles of flour.

Water flung from a spinning tennis ball takes on a shape reminiscent of a spiral galaxy.

Engineering the perfect wave: A technology breakthrough allows surf legend Kelly Slater to manufacture the same wave over and over again

Scientists assessed the options for growing nuclear power. They are grim.  See also my 2015 Gizmodo article on the poor outlook for nuclear power in the United States.

The wisdom of John Wheeler and Oliver Sacks: “What made both men special was that they transcended mere accomplishment in the traditional genres that they worked in, and in that process they stand as role models for an age that seems so fractured.”

Science studies the objectively real natural world. But the messy human practice of science is inescapably affected by “social factors and chance,” as Philip Moriarty explains.

Staying Nimble with a Diet of Jokes and a Pinch of Stephen Hawking: A Conversation with Leonard Mlodinow.

Physicist Alan Lightman on how we limit ourselves by longing for absolutes in a relative world and what actually gives lasting meaning to our existence.

The Z Machine at Sandia Nat’l Lab in Albuquerque, New Mexico: “Capable of creating conditions found nowhere else on Earth, the machine can produce the same dense plasma found in white dwarf stars.”

Women Making Science Videos on YouTube Face Hostile Comments. After studying 23,005 comments left on videos about science and related topics, a researcher says, “I could see why people would not want to be on YouTube.”