Among this week’s physics highlights: the physics of launching fireworks from a drone; the science and scientists behind Marvel’s Ant Man; and using a three-body star system to test relativity (spoiler alert: Einstein is still right).

Einstein’s Theory of Gravity Holds Up on Test of a Three-Star System. “Scientists have performed tests comparing the Earth, the moon, and the Sun, and a recent experiment even involved the planet Mercury. So far, Einstein’s theory hasn’t been proven wrong. A new paper published in Nature instead uses observations of a three-body system called PSR J0337+1715.”

What Is the Sun Made Of and When Will It Die? If and when physicists are able to pin down the metal content of the sun, that number could upend much of what we thought we knew about the evolution and life span of stars. “Ever more precise measurements of the sun’s metallicity have raised more questions than they’ve answered.”

The Science (and the Scientists) Behind Ant-Man. The quantum physicist, Spyridon Michalakis of the Institute for Quantum Information and Matter at Caltech, said that he described the subatomic realm as “a place of infinite possibility, an alternative universe where the laws of physics and forces of nature as we know them haven’t crystallized.” He had suggestions about how it might be visualized on a movie screen: “beautiful colors changing constantly to reflect transience.”  Related: How Quantum Mechanics Makes Ant-Man the Most Powerful Avenger.  Also: Jim Kakalios wrote about the speculative physics in 2015: Ant-Man, the Physics of Shrinking, and the Higgs Boson: it’s simply a cross-interaction between the Higgs field and the Pym field. 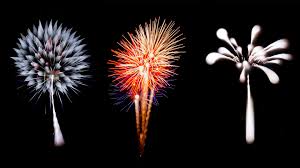 The Physics of Launching Fireworks From a Drone. PSA: Let’s keep drones and fireworks *far* away from each other.  Related: The Philosopher of the Firework. “He was looking for a chemical mixture—a potion or tonic perhaps—that would give him eternal youth. Instead, when it caught fire, the ninth-century Chinese alchemist discovered gunpowder.”  Also: Look Closely: These Aren’t Flowers—They’re Fireworks. Photographer Charlie Sin turns flares into flora. [Image: Charlie Sin]

Try out this physics experiment with a baseball and a neighbor. A player throws two balls along different paths – which one gets there first?

How To Think About the Multiverse: Even if we travelled at the speed of light, we could never reach the edge of our universe – let alone cross into the others that must lie beyond.

Parrots Use Chemistry And Physics To Create Brilliantly Colorful Plumage: “molecules create different colors based on how they are physically arranged inside the feather structure”

Spiders can sense the Earth’s electric field, and they can exploit it to take to the skies.

“Scientists staged dogfights between moths and bats — and experimentally altered the moths’ wings — to recreate evolution and shed light on the sonic illusions moths spin to evade bats.”

Rare-earth material lights up with a message when stretched. By simply stretching this material or placing it under a UV light, you can reveal glowing hidden messages that could protect currency from counterfeiting.

The World Cup from a Quantum (Computing) Perspective: “there are several interesting related questions that we could ask for which there might be a quantum advantage.”

What Happens When You Plug a Wire into a Lightning Bolt? Electrical Instability Caught on Camera.

One Of The World’s Most Sensitive Dark Matter Experiment Is Being Constructed. “A multi-institutional collaboration led by SLAC National Accelerator Laboratory in California, known as Super Cryogenic Dark Matter Search (CDMS) SNOLAB, is leading the hunt for dark matter into new directions.”  Related: This Is How Much Dark Matter Passes Through Your Body Every Second. When you add it up over an entire human lifetime, it totals up to about a milligram.

Give it a listen: Scott Aaronson on the Y Combinator podcast, chatting about quantum complexity and quantum computers.

Physics says that our perception of smoothly flowing time is a cosmic accident. So why do we think the future always comes after the past?

Stepping into a Three-Torus: artist Yayoi Kusama shows the beauty of a favorite mathematical space. “The realization of this mathematical space in the mirrored room of Gleaming Lights of the Souls forces you to gaze on endless copies of yourself.”

According to physicist Adrian Bejan, “human movement and social constructs are described by flow in nature—just as rivers and trees branch in predictable patterns based on pressures, so do people’s minds, our organizations, and whole societies.”

Out in physics: LGBT+ scientists offer advice for promoting inclusivity in a guide written for the physics and astronomy community. “Physics is fundamentally a human endeavor. Individuals need to be well supported, or the physics won’t be as strong. We need to talk about inclusivity, or we risk losing some of the best minds.”

Tim Berners-Lee, Man Who Created the World Wide Web, says the increasing centralization of the Web has “ended up producing—with no deliberate action of the people who designed the platform—a large-scale emergent phenomenon which is anti-human.”

An Astronomer Explains Black Holes at 5 Levels of Difficulty. His specialty: The structure of the universe. (That’s the official name of his research group at NASA.)

The mind-bendy weirdness of the number zero, explained.

Thomas Bayes and the Crisis in Science. Per Sean Carroll on Twitter: “Thomas Bayes proved a simple theorem, but more importantly he changed the way we think about probability in a world of uncertain knowledge.”

Enrico Fermi and the Chain Reaction That Changed Everything: A new biography offers a riveting account of his role in creating the atomic bomb.

How the belief in beauty has triggered a crisis in physics: Anil Ananthaswamy parses Sabine Hossenfelder’s analysis in her new book of why the field is at an impasse.

Two Vortex Rings Collide in a Recreation of a Groundbreaking (and Awesome-Looking) Science Experiment. Related: Recreating a devilishly difficult classic fluid dynamics experiment: “When two vortex rings approach one another, they can undergo what’s known as a vortex reconnection event.”

A Kinetic Sculpture Twists and Morphs Based on the Fibonacci Sequence. “Wales-based sculptor Ivan Black creates large-scale kinetic sculptures that are inspired by mathematical formulae and minimal design.”  Related:  Watch this kintetic chandelier in all its shape-shifting glory; it “seems like a flower or a sea creature with its graceful waves of synchronized movement.”

The Science Of Firework Color: “Sodium in yellow bursts, strontium in red, calcium gives us orange, barium for green, and copper for blue hues…”