The 2018 physics Nobel Prize, extra dimensions are probably tiny, and the physics of a perfect baseball pitch are among this week’s physics highlights.

2018 physics Nobel Prize honors 3, including first woman in 55 years. Donna Strickland is first woman to win physics prize since 1963 and third ever to win. She shared the prize with Arthur Ashkin of Bell Laboratories and Gérard Mourou of École Polytechnique, Palaiseau, in France for their combined work creating “tools made of light.”

How to get that great “hoppy” beer taste without the exploding bottles. Hops are not the chemically inert ingredient many brewers assumed, study finds. 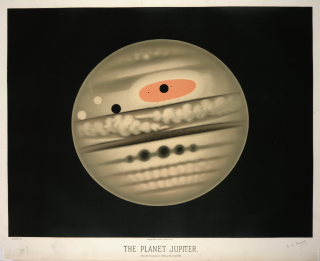 Weird Wild West: Wynonna Earp’s wild season 3 finale takes the series to a whole new level. Our heroine beats back the Apocalypse (for now), but at great personal cost.

Twitter-inspired film You Might Be the Killer is coming to Syfy this weekend–tonight at 7 PM ET in fact, and you should totally tune in. Chuck Wendig and Sam Sykes’ viral Twitter tale makes for a surprisingly good film.

The warring old and new gods are back in American Gods S2 teaser trailer. Roiled by rumors of production woes, set tensions, the series returns to Starz in 2019.

Flawed Crystals are Beautiful in the Eyes of Scientists. Recently published research suggests that crystals with specific defects can be useful for making future computers more efficient.

How fast is the universe expanding? Clashing measurements may point to new physics.

The physics of throwing a perfect baseball pitch: Physicists and Trevor Bauer on how to invent a whole new slider.

The Insane Physics of Airbags: In a collision, a car’s airbag has a tiny fraction of a second in which to inflate—which is why airbags use explosives.

Qubits kept together by shouting at them with microwaves.

There’s Some Dodgy Physics in Solo: A Star Wars Story. Chewbacca is falling out of a moving train! Han rushes to save him! Turns out, ordinary physics would have saved him, too.

This Is How We Will Successfully Image A Black Hole’s Event Horizon. As the Event Horizon Telescope prepares to release its first results, we can expect not just one, but two black hole images.

DARPA Is Researching Quantized Inertia, a Theory Many Think Is Pseudoscience.

Baby gravitational wave detector could find a home at the LHC.  Related: We Regret to Inform You the Large Hadron Collider Will Not Annihilate Earth.

The Physics of Launching a Lunar Lander From the Moon’s Surface. How fast was the acceleration of NASA’s lunar lander when it took off from the Moon in the Apollo 17 mission? Using video analysis, we can figure that out.

Is a Little Radiation Good For You? Trump Administration Steps Into Shaky Science.

An insider’s perspective on Fukushima and everything that came after.

Four women who changed the face of physics from the 1800s to the present day.

The last woman to win the physics Nobel had to work for free most of her career. “Maria Goeppert-Mayer did not receive a salaried position as a physicist until 1959, just four years before winning the 1963 Nobel for her work on nuclear shell structure.”

This Physicist Gave A Sexist Talk At A Science And Gender Meeting — And Was Quickly Suspended. Physics is not biased against women, but does discriminate against men, Alessandro Strumia claimed.  Related: Hundreds of physicists condemn sexist talk at CERN on women in physics.

A Star Wars Chart Showing How Fluctuating Balances Within The Force Determined Where Power Would Lie.

How to spin a coin for two minutes: how friction affects how long things spin, and the best surfaces for keeping them spinning as long as possible.