Implantable brain device could stop epileptic seizures in their tracks. The technology might one day also be used to treat brain tumors and Parkinson’s disease.

Preacher ends third season with a pop, not a bang. The season 3 finale resolved key storylines and set the stage for a possible season 4.

The New Science of Seeing Around Corners. Discolored patches of wall or ground that look like shadows are often actually faint images of what’s behind us or around a corner. Computer vision scientists have found ways of pulling these images out.

The New Hunt for Dark Matter Is Taking Place Under a Mountain.  Davide D’Angelo wasn’t always interested in dark matter, but now he’s at the forefront of the hunt to find the most elusive particle in the universe.

A new quantum device defies the concepts of ‘before’ and ‘after’: The apparatus works by putting particles of light through a series of two operations.

A Tesla was caught on video going airborne after blasting over railroad tracks. Here’s how to estimate its speed. 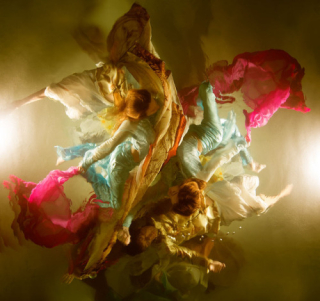 Wandering Bose-Einstein condensate may lead to scalable quantum computer. Quantum solutions may be obtained from beautiful pictures of interfering BECs.

The Dirtiest Fight in Physics Is About the Universe Itself: “As dark matter continues to go undetected, some of the modified gravity supporters have gotten more vocal, leading to the most recent spat.” Related: Modified Gravity Could Soon Be Ruled Out, Says New Research On Dwarf Galaxies.

The Physics of Falling Into a Black Hole. This week, newspapers reported that a man had fallen into an art installation consisting of an 8-foot-deep circular hole painted black. It’s kinda not his fault.

Physicists Just Made the Most Precise Measurement Ever of Gravity’s Strength.

Why You Don’t Want X-Ray Vision: “just like invisibility, super strength and super speed, if you think about x-ray vision scientifically, I don’t think you’d even want it.”

Researchers have solved a problem related to the quantum Hall effect. It’s the first on a wish list of open math problems to be solved.

“A bubble typically encloses a gas within a thin layer of fluid. An antibubble does the opposite: it’s a thin film of gas enclosing a liquid droplet within a larger background liquid.”

The secret of the “undying Russian” who can pass his hand through molten metal. “The man, who is actually not Russian, but an Armenian steel worker named Arkady Mgdsyan, is enjoying the benefits of the so-called Leidenfrost effect.”

G.I. Taylor sees the (feeble) light (1909): “Taylor’s paper, though it is short (only two pages), is a fascinating look at both the theoretical and experimental challenges in that early quantum era.”

Our Motion Through Space Isn’t A Vortex, But Something Far More Interesting.

Astronomers want to rename one of the laws of physics. If the Pluto debate taught us anything, it’s something that shouldn’t be taken lightly. “The resolution aims to credit the work of the Belgian astronomer Georges Lemaître and his contribution – along with the American astronomer Edwin Hubble – to our understanding of the expansion of the universe.”

Overlooked No More: Ruby Payne-Scott, Who Explored Space With Radio Waves: Payne-Scott helped establish the field of radio astronomy by using radio waves to detect solar bursts, but she was forced to resign after she got married.

How Math Helped Evelyn Lamb Learn Early Music: “Abstract algebra class gave me the kick in the rear I needed to focus on the relationships between notes.”

A universal way to solve problems, from a mathematical genius. It took Claude Shannon about a decade to fully formulate his seminal theory of information.

Katherine Johnson Fought To Get Credit For Her Work. “In the late 1950s and early 1960s, everybody at NASA’s Langley Space Flight Research Center knew that [she] was absolutely brilliant at complex mathematical calculations.”

An Unlucky-in-Love Man Resorts to Time Travel in This Short Rom-Com, CTRL Z.